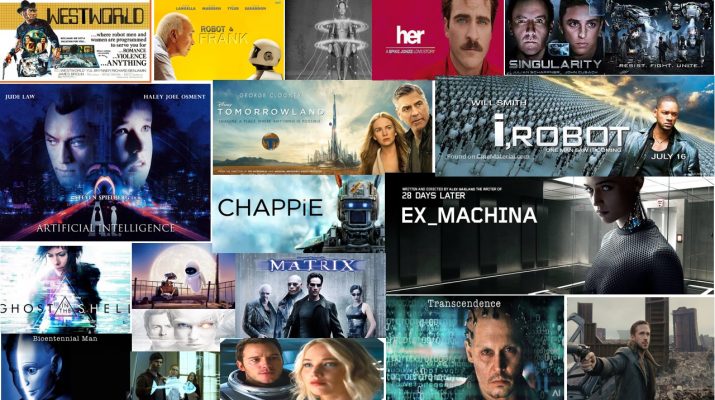 Recently, we have started to hear the concept of artificial intelligence as often as we have never met. This technology, which is no longer a fantastic science fiction element but is included in our lives, is ranked first among the technology trends that will shape the years to come.

Artificial intelligence, which can be explained by the fact that computers can make use of human thinking, reasoning, perception, comprehension, judgment and inference abilities, is the understanding of information about the environment of a machine in practice.

Ex Machina is a 2015 British science fiction psychological thriller film written and directed by Alex Garland in his directing debut. It stars Domhnall Gleeson, Alicia Vikander and Oscar Isaac. Ex Machina tells the story of programmer Caleb Smith (Gleeson) who is invited by his employer, the eccentric billionaire Nathan Bateman (Isaac), to administer the Turing test to an android with artificial intelligence. 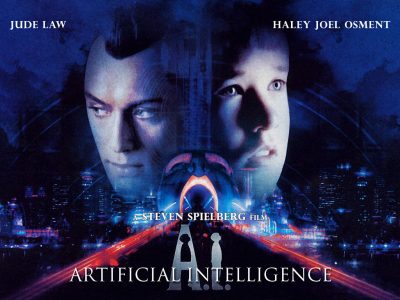 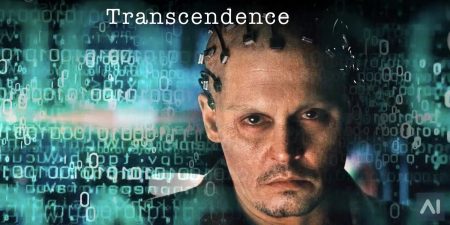 Transcendence is a science fiction film costing $100 million to produce. Johnny Depp, Rebecca Hall, Paul Bettany, Kate Mara, Cillian Murphy, Cole Hauser, and Morgan Freeman are acting in this film. It was directed by Wally Pfister in 2014. This movie asks the question, “Will an artificial super-intelligence be created soon? If it is, are they able to upload consciousness into a computer? ”

I, Robot is a 2004 American neo-noir dystopian science fiction action film. Will Smith stars as Detective Del Spooner, who lives in the year 2035 when robots do everything. 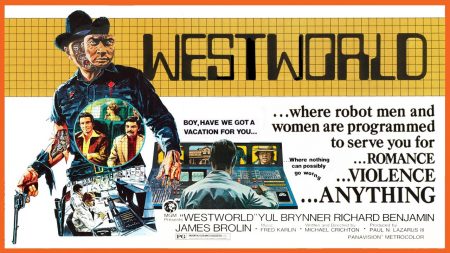 Did you know that Westworld, a new television series from HBO, based on the Westworld (film) dated in 1973? At that time, Westworld was the first feature film to use digital image processing, to pixellate photography to simulate an android point of view. 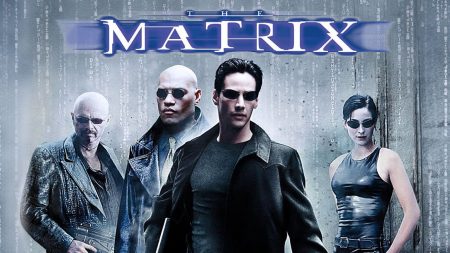 The Matrix is a 1999 science fiction action film written and directed by The Wachowskis, starring Keanu Reeves, Laurence Fishburne, Carrie-Anne Moss, Joe Pantoliano, and Hugo Weaving. The film received four Academy Awards in the technical categories. The film describes a future in which reality perceived by humans is actually the Matrix, a simulated reality created by sentient machines in order to pacify and subdue the human population while their bodies’ heat and electrical activity are used as an energy source.  A computer hacker learns from mysterious rebels about the true nature of his reality and his role in the war against its controllers. 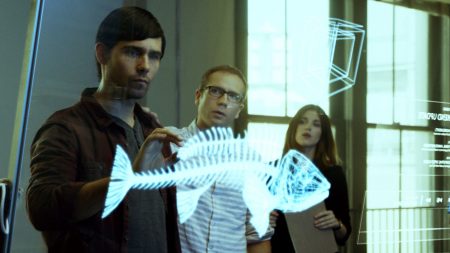 Uncanny is a 2015 American science fiction film directed by Matthew Leutwyler and based on a screenplay by Shahin Chandrasoma. It is about the world’s first “perfect” artificial intelligence (David Clayton Rogers) that begins to exhibit startling and unnerving emergent behavior when a reporter (Lucy Griffiths) begins a relationship with the scientist (Mark Webber) who created it.

If you have watched “Transcendence” before, when you watch “Chappie”, you will notice that both movies use the same concept. Visual effects are great and fantastic in this movie… The film has unbelievable special effects. It might even be worth watching just to see how impressive these special effects are.

The desire for immortality is quite fundamental to human nature. But seeing this desire on the robot with conscious is surprising in this movie…The new film “Chappie” features an artificially intelligent robot that becomes sentient and must learn to navigate the competing forces of kindness and corruption in the human world. 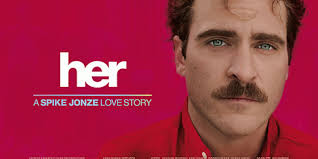 “Her” is one of the top 20 artificial intelligence films – in pictures for The Guardian. According to Christopher Orr from The Atlantic, “Her” is the Best Film of the Year (2013). He says that “Thoughtful, elegant, and moving, Spike Jonze’s film about a man in love with his operating system is a work of sincere and forceful humanism”. 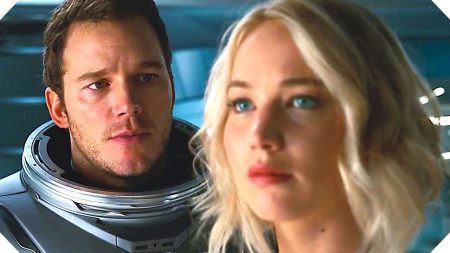 Passengers is a 2016 American science fiction film directed by Morten Tyldum and written by Jon Spaihts. It stars Jennifer Lawrence, Chris Pratt, Michael Sheen, and Laurence Fishburne. “Passengers” is the latest space adventure movie to hit theaters. It makes heavy use of robots and artificial intelligence to tell its story. While Passengers is set in the future, it shows us the robotics challenges that innovators and businesses face today.

GHOST IN THE SHELL 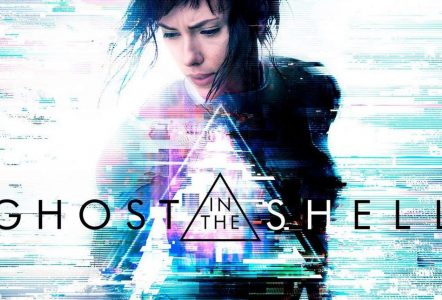 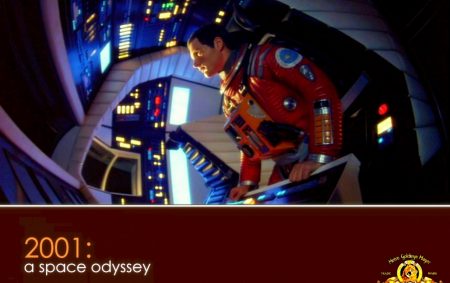 2001: A Space Odyssey is a 1968 science-fiction film. The film deals with thematic elements of human evolution, technology, artificial intelligence, and extraterrestrial life, and is notable for its scientific realism, pioneering special effects, ambiguous and often surreal imagery, sound in place of traditional narrative techniques, and minimal use of dialogue. In 1991, it was deemed “culturally, historically, or aesthetically significant” by the United States Library of Congress and selected for preservation in their National Film Registry. 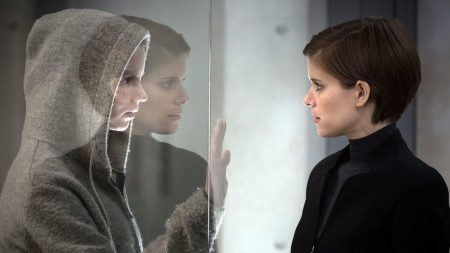 Morgan is a fantastic science fiction thriller material, great cinematography, acting, and great Artificial Intelligence Movie. Highly recommended. Morgan is different from the other AI movies. Here is the difference among the other Artificial Intelligence Movies; Morgan is the first-ever movie trailer made by artificial intelligence and so creepy. Scientists at IBM Research have collaborated with 20th Century Fox to create the first-ever cognitive movie trailer for the movie Morgan. 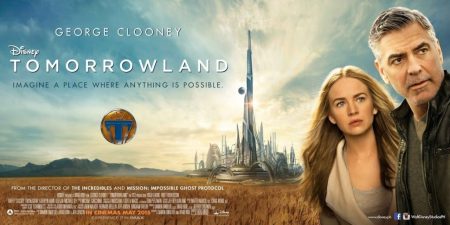 Tomorrowland is a 2015 American science-fiction mystery adventure film directed and co-written by Brad Bird. Bird co-wrote the film’s screenplay with Damon Lindelof, from an original story treatment by Bird, Lindelof and Jeff Jensen. The film stars George Clooney, Hugh Laurie, Britt Robertson, Raffey Cassidy, Tim McGraw, Kathryn Hahn, and Keegan-Michael Key. In the film, a disillusioned genius inventor and a teenage science enthusiast embark to an ambiguous alternate dimension known as “Tomorrowland” where their actions directly affect the world and themselves. 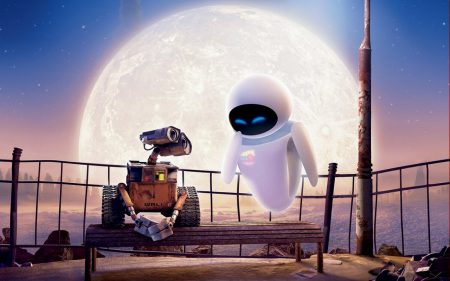 WALL-E is one of the last remaining robots, who develops a form of human-like intelligence toward the end of the 700 years spent on Earth. The film explores WALL-E’s love for a second robot named EVA. It is yet another examination of a scenario where artificial intelligence “evolves” into human-like form – complete with fears, anger, and of course love. This heartwarming story takes place in the distant future – 2805. Earth is nothing more than a massive garbage-heap, and Earth’s population has escaped the planet to live in starships, while the robots remain on Earth in order to clean up the planet. 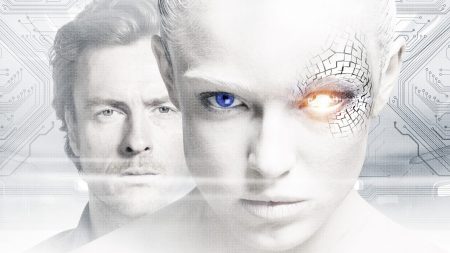 The Machine is a 2013 British science fiction thriller film directed and written by Caradog W. James. It stars Caity Lotz and Toby Stephens as computer scientists who create artificial intelligence for the military. In efforts to construct perfect android killing machines in a war against China, UK scientists exceed their goal and create a sentient robot. 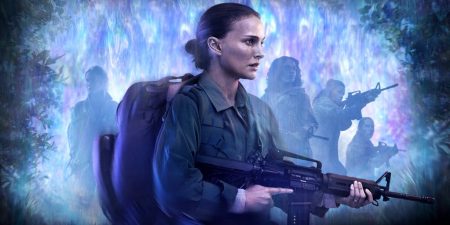 Annihilation is a science fantasy action horror film written for the screen and directed by Alex Garland based on the novel of the same name by Jeff VanderMeer. The film stars Natalie Portman, Jennifer Jason Leigh, Gina Rodriguez, Tessa Thompson, Tuva Novotny, and Oscar Isaac. 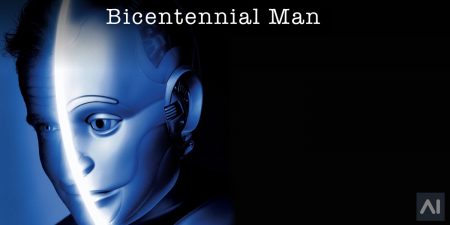 This movie starring Robin Williams is a drama about artificial life which strives to become human. In the early moments of the movie, a cyborg is being used as a butler for a wealthy family. This cyborg has a unique personality from the beginning. The youngest member of the family grows very close to the cyborg and grows up in his companionship. As time goes on, the little girl grows up and has a child of her own. The cyborg starts to go beyond the boundaries of artificial intelligence and begins to experience human emotions. 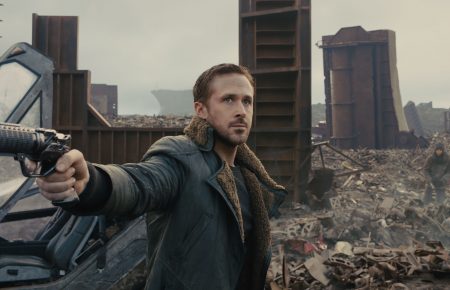 Blade Runner: 2049’s upcoming release is quickly approaching us. We will have to hold out two more months to learn what those mysteries maybe when the film hits theaters in Oct 2017. When we look at the new trailer dropped on Youtube, We see that the trailer is filled with action, aesthetic, and intrigue set 32 years in the future and Harrison Ford and Ryan Gosling are featuring stars and Denis Villeneuve directed this film. (He also directed Prisoners and Arrival). It seems that the Movie of November 2017 would be Blade Runner: 2049.. 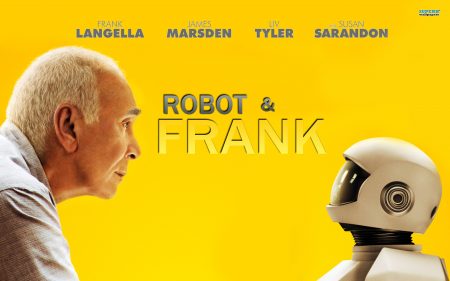 Robot & Frank is a 2012 American science fiction comedy-drama film directed by Jake Schreier and written by Christopher Ford. Perhaps most interesting for the way in which the film suggests that its protagonist finds a relative degree of peace through a friendship with a robot, at the same time that it rejects the notion that the robot possesses any kind of consciousness. A fascinating film that uses the idea of the robotic as a tool for reflection on the self, rather than on the mystery of the mechanical other. 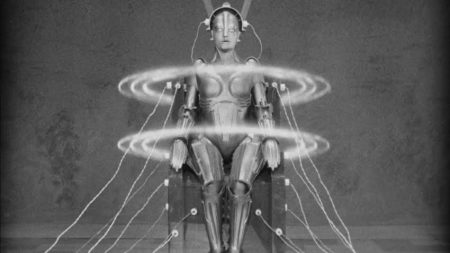 METROPOLIS…Artificial intelligence is nothing new, however. Screenwriters have been tinkering with the concept for nearly a century with varying degrees of success. While many credit Kubrick with popularizing AI in 2001: A Space Odyssey, the first known instance can be traced all the way back to Fritz Lang’s Metropolis from 1927