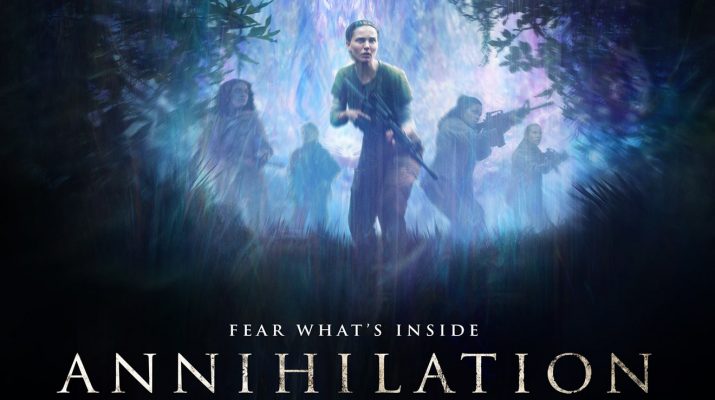 Alex Garland continues to cultivate his reputation as one of the most exciting and challenging voices in modern science fiction cinema.

Annihilation is an upcoming science fantasy action horror film written for the screen and directed by Alex Garland based on the novel of the same name by Jeff VanderMeer. The film stars Natalie Portman, Jennifer Jason Leigh, Gina Rodriguez, Tessa Thompson, Tuva Novotny, and Oscar Isaac.

Having previously written screenplays for cult classics like 28 Days Later and Dredd, Garland’s Ex Machina is arguably the definitive film about artificial intelligence (and killer robots) of the 21st century. And that was only his directorial debut.

With the follow-up, he adapts Jeff VanderMeer’s novel about a biologist (Natalie Portman) who embarks on a mysterious expedition into an environmental disaster zone. She is in search of her husband who apparently disappeared under vague circumstances on the site, but finds something presumably much more insidious in an expedition team that includes turns by Jennifer Jason Leigh, Tessa Thompson, Gina Rodriguez, and Garland mainstay Oscar Isaac… who plays the missing hubby.