I, Robot is a 2004 American neo-noir dystopian science fiction action film. Will Smith stars as Detective Del Spooner, who lives in the year 2035, when robots do everything.

When Dr. Lanning, the scientist who developed all of the semi-intelligent robots, is found splattered on the floor in an apparent suicide, Spooner immediately thinks a robot is guilty. He has cried wolf once too often, however, so no one believes him, until the robots finally revolt. Then, it becomes a race against time as Spooner tries to figure out the mystery to solve the murder and stop the revolt.

In 2035, a technophobic cop investigates a crime that may have been perpetrated by a robot, which leads to a larger threat to humanity.

It’s the year 2035, and the society now has the help of robots. These robots follow three laws integrated into their system;
1) They cannot harm a human being or, through inaction, allow a human being to come to harm.
2)They must do whatever they’re told by a human being as long as such orders don’t conflict with law one.
3) They have to defend themselves as long as such defense doesn’t conflict with laws one or two. One day, the writer of the three laws, Alfred Lanning, apparently jumps out of a window at U.S. Robotics. The majority of the Chicago Police Department believe he committed suicide, but Detective Del Spooner, who hates robots, thinks he was murdered, and the number one suspect is a robot who calls himself Sonny. However, if it was Sonny, then it means he would’ve had to have broken the three laws. With the help of Dr. Susan Calvin, Spooner must now discover the truth before it’s too late.-Ridley Lavine

This is the year 2035. Everybody in the world relies on a huge system of robots, which are programmed specifically to help humans and not harm them in any way. But one person does not think that robots are helpful. Chicago homicide detective Del Spooner. But one day, he received a call from the United States Robotics (USR) about a recent death of renowned robot scientist Dr. Alfred J. Laning. Spooner immediately blamed this incident on robots without justifiable reason or proof. Then, he begins his investigation on Lanning’s death, only to discover Sonny, a “unique” robot. What Spooner does not realize, is that something is about to happen. Something that is beyond even Spooner’s wildest dreams. John Wiggins

Set in a future Earth (2035 A.D.) where robots are common assistants and workers for their human owners, this is the story of “robotophobic” Chicago Police Detective Del Spooner’s investigation into the murder of Dr. Alfred Lanning, who works at U.S. Robotics, in which a robot, Sonny , appears to be implicated, even though that would mean the robot had violated the Three Laws of Robotics, which is apparently impossible. It seems impossible because.. if robots can break those laws, there’s nothing to stop them from taking over the world, as humans have grown to become completely dependent upon their robots. Or maybe… they already have? Aiding Spooner in his investigation is a psychologist, Dr. Susan Calvin, who specializes in the psyches of robots. Austin4577@aol.com

Fabulous mental escape. It’s fun and playful, rather than dark and foreboding. And there doesn’t seem to be an original cyber-bone in the movie’s body. But it’s put together in a fabulous package.
Desson Thomson-Washington Post

Once this movie gets going, it works, and it works well. It has a slow buildup, but its final third manages to generate some eye-popping thrills.
Luke Y.Thompson-Dallas Observer

For its first two acts this flashy vehicle is an anodized titanium streamline baby. Then comes a robot rumble that brings the action to a crashing halt.
Carrie Rickey-Philadelphia Inquirer

A cluttered, awkward blockbuster that’s just smart enough to get itself into trouble.
Scott Tobias-The A.V.Club

Lacks both the intellectual rigor and the soulful sublimity of “A.I.,” but it nonetheless allows some genuine ideas and emotions to pop up amid the noise and clutter.
Dana Stevens-The New York Times

If you see it, the sequel will be your fault.
Michael Atkinson-Village Voice 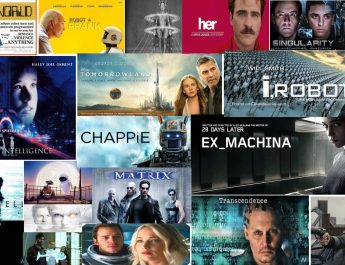