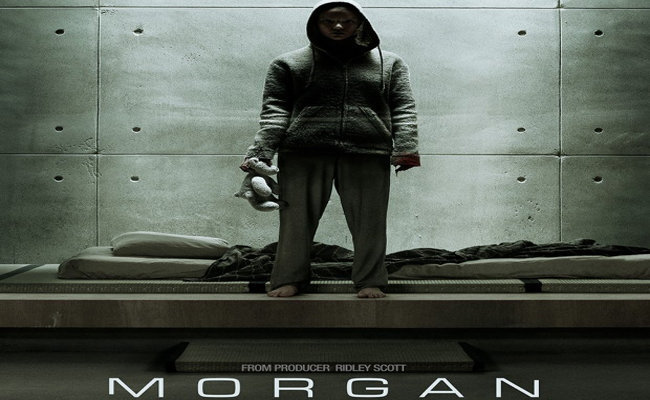 Artificial intelligence has been the subject of people’s imaginations and science fiction movies for decades. It is often portrayed in movies by robots that act like humans in various contexts – from robots overthrowing their human masters to societies where robots and humans live side by side.

Fiction aside, artificial intelligence is no longer limited to movie screens; it is part of people’s daily lives. Artificial intelligence already allows machines to complete various “human” tasks, from driving automobiles and reacting to their environment, to providing virtual assistance, to playing games.

Artificial intelligence is such an enormous bag of worms that storytellers have been exploring the possibilities for generations.

As the first season of Westworld (TV series) attracted millions in the world, most film producers have inclined to Artificial Intelligence movies. In the next few years, we will see more artificial intelligence movies in the movie industry.

Morgan is one of them which is an A.I. horror thriller about an artificially created humanoid whose existence is threatened after she attacks one of her creators.

But Morgan is different from the other AI movies. Here is the difference among the other Artificial Intelligence Movies; Morgan is the first ever movie trailer made by artificial intelligence and so creepy. Scientists at IBM Research have collaborated with 20th Century Fox to create the first-ever cognitive movie trailer for the movie Morgan.

20th Century Fox’s new film, “Morgan,” is an A.I. horror thriller about an artificially created humanoid whose existence is threatened after she attacks one of her creators. The studio teamed up with scientists at IBM Research to create the first-ever cognitive movie trailer.

Utilizing experimental Watson APIs and machine learning techniques, the IBM Research system analyzed hundreds of horror and thriller movie trailers. After learning what keeps audiences on the edge of their seats, the AI system suggested the top 10 best candidate moments for a trailer from the movie Morgan, which an IBM filmmaker then edited and arranged together.

IBM Watson has done many things; beat human contestants in quiz shows, created bespoke recipes and described the contents of photos. Now it has become the first-ever AI to produce a film trailer for the new science-fiction film.

Can a computer be capable of original thought and of creating something on its own? Probably not, but scientists can collaborate with machines to get a better understanding of what humans like and what scares them.

PLOT:
Morgan (Anya Taylor-Joy) is a bioengineered child who began walking and talking after one month of existence, exceeding the wildest expectations of her creators. When Morgan attacks one of her handlers, a corporate troubleshooter (Kate Mara) visits the remote, top-secret facility where she’s kept to assess the risks of keeping her alive. When the girl breaks free and starts running amok, the staff members find themselves in a dangerous lockdown with an unpredictable and violent synthetic human.