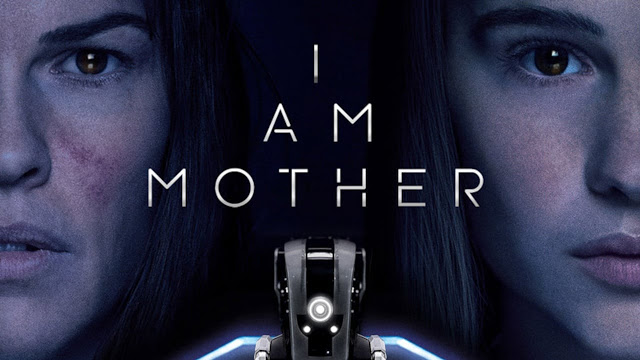 I Am Mother is a 2019 Australian science fiction thriller film directed by Grant Sputore, from a screenplay by Michael Lloyd Green.

Starring Clara Rugaard, Luke Hawker, Rose Byrne, and Hilary Swank, the film follows Daughter, a girl in a post-apocalyptic bunker, being raised by Mother, a robot aiding the repopulation of Earth. The film had its world premiere at the Sundance Film Festival on 25 January 2019. Netflix released it in several countries on 7 June 2019.

It’s a story about the bond between a mother and child where the mother is a robot, the child was an artificially gestated embryo and is known only as Daughter, and they’re both living in an airtight shelter after the end of the world. I Am Mother doesn’t plumb the potential weirdness of that premise, and it’s working in a well-worn genre without breaking much new ground. But it effectively dramatizes our perennial love-hate relationship with artificial intelligence.

I Am Mother is the story of a young girl raised by a robot. The world is facing great destruction. The human generation has disappeared from the world. After the depletion of the human population, a special robot is designed to revive the world’s population. This robot, called the mother, is tasked with raising a young girl. The relationship between the two overtime becomes different with the arrival of an injured stranger. With the arrival of the foreigner, the young girl, who receives information about the outside world from her, begins to question everything. Anne is ready to do anything to prevent the young girl who is trying to reach the truth.