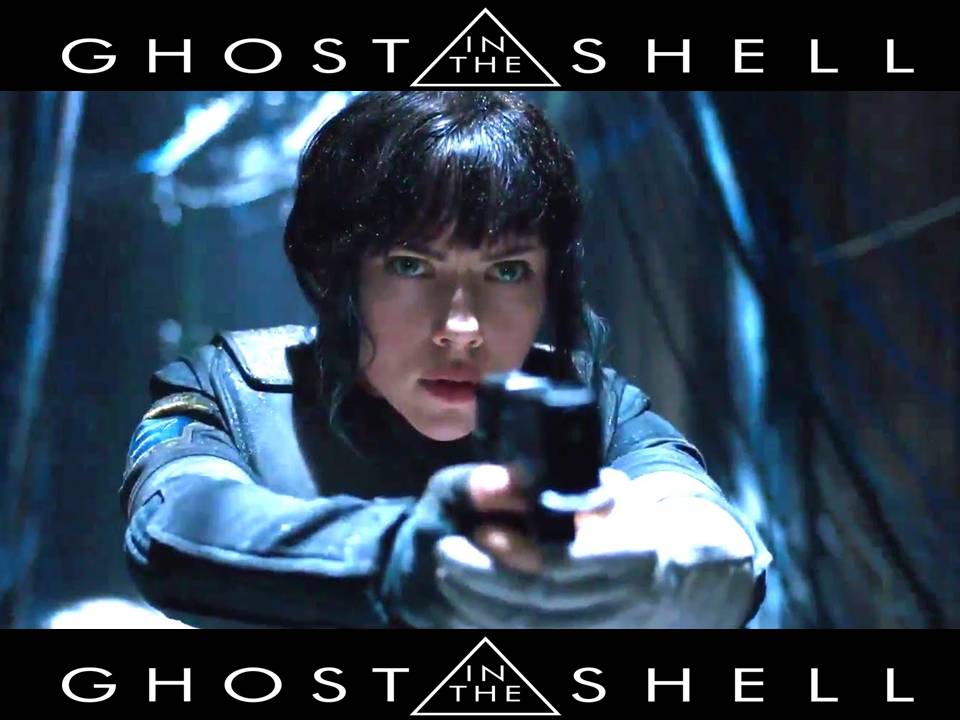 Ghost in the Shell is an American science fiction crime drama film directed by Rupert Sanders and written by Jamie Moss, William Wheeler and Ehren Kruger, based on the Japanese manga of the same name by Masamune Shirow.

At the end of the month, we’re going to be getting a live-action adaptation of Ghost in the Shell starring Scarlett Johansson. The casting of Johansson has been quite controversial… but that’s not what we’re going to talk about here. In 1995, director Mamoru Oshii was the first to adapt the manga story by Masamume Shirow into an anime film classic. The story tackles complex concepts about existence and the soul/ghost. Questions that mankind may have to address in reality as artificial intelligence and robotics continue to advance. The film is considered one of the best Japanese animation films of all time. The cybernetic thriller looks at humanity through the eyes of one who questions their own existence and takes the time to see the beauty in the world. (https://www.bleedingcool.com)

The director of the original Ghost in the Shell, Mamoru Oshii, has weighed in on the whitewashing controversy surrounding the remake, saying that there is no basis for the criticism leveled at the decision to cast Scarlett Johansson in the lead role rather than an Asian actor.

Speaking to IGN, Oshii said that because the main protagonist – Major Motoko Kusanagi – is a cyborg, the question of race and whitewashing is a moot point. “What issue could there possibly be with casting her?” Oshii said. “The major is a cyborg and her physical form is an entirely assumed one.”

“The name ‘Motoko Kusanagi’ and her current body are not her original name and body, so there is no basis for saying that an Asian actress must portray her. Even if her original body (presuming such a thing existed) were a Japanese one, that would still apply.” (https://www.theguardian.com)

Ghost In The Shell: Behind The Scenes

Ghost in the Shell, her new cyborg film, is based on Japanese anime characters and features a key combat scene set in a dystopian urban lake. It is a watery sequence clearly designed to become a totemic bit of modern cinema, like that horizontal tussle in The Matrix or the folding streetscape in Inception.  (https://www.theguardian.com)

7 Things You (Probably) Didn’t Know About Ghost in the Shell!