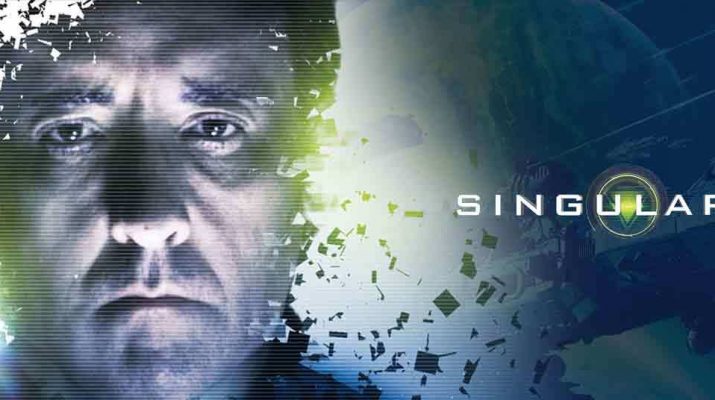 Ninety-seven years later, a small band of humans remain alive but on the run from the robot army. A teenage boy, Andrew (Julian Schaffner) and a teenage girl, Calia (Jeannine Wacker), form an unlikely alliance to reach a new world, where it is rumored mankind exists without fear of robot persecution. But does this world actually exist? And will they live long enough to find out? (http://www.imdb.com)

The concept of a singularity in technology proposes that some kind of advanced artificial intelligence will create rapid technological growth that will ultimately result in the destruction of the human race. After all, as countless sci-fi movies have shown, the greatest threat to mankind is itself, and the only way to create a peaceful environment is to kill the entire human race.

That’s exactly what happens in Singularity, a new sci-fi movie starring John Cusack as a powerful tech CEO who has created a super computer called Kronos that apparently has the ability to end all wars.

Of course, this results in a technological revolution that sees robots killing humans all over the world. But mankind might have hope for survival in a pair of teens. (http://www.slashfilm.com/singularity-trailer/)

“Strangest thing happened to me the other week. I sat down to watch a movie called ‘Singularity’ expecting to see the normal transhumanism stuff like AI artificial intelligence and crazy robot battles, but to my surprise, this movie blew my mind. Not only does it have all that stuff but it also refers to hidden arctic land at the north pole. Plus we will briefly go over The Dark Tower, Into the Badlands, Iron Fist, The 100, Sophia the Robot citizen, adult robots by Abyss creations, Deepmind by Google and more.”  ODD Reality