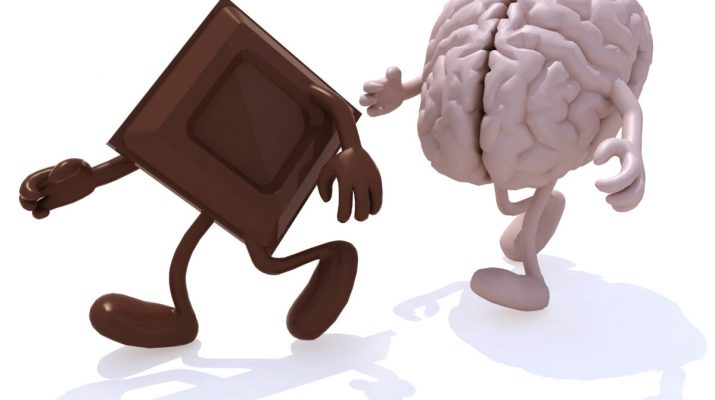 Researchers at UCLA (University of California, Los Angeles) conducted a study in 2012 on rats and found that a diet high in fructose hinders learning skills and memory and also slow down the brain. The researchers found that rats who over-consumed fructose had damaged synaptic activity in the brain, meaning that communication among brain cells was impaired.

Study’s lead author Dr. Fernando Gomez-Pinilla said in a statement that “Insulin is important in the body for controlling blood sugar, but it may play a different role in the brain. Our study shows that a high-fructose diet harms the brain as well as the body.”

In addition to the damaging effects on cognition and mood, sugar also has drug-like effects in the reward system of the brain. Neuroscientist Nicole Avena presented the effect of sugar on our brains and bodies in TED-Ed’s animated installment.

According to Avena, when we eat sugar a signal is sent from the tongue to the cerebral cortex that activates a “rewards system”. This in turn encourages us to eat more. A huge part of the rewards system is the release of dopamine in our brain, which, when put into overdrive, can be pretty addictive.

Consuming a lot of sugar over a long period of time, it acts like drugs and lead to cravings, loss of control and increased tolerance to sugar.

As we are hearing more and more of the damaging effects to our brain of sugar, A team of international researchers analyzed data using the Maine-Syracuse Longitudinal Study and concluded that “Eating certain kinds of chocolate may be the way to boost brain function for now, and may even help ward off dementia in the future”

The study, published in the journal Appetite, measured the dietary intake, cognitive function, and cardiovascular risk factors of 968 people between the ages of 23 and 98. It concluded that the regular consumption of chocolate had a significant positive effect on cognitive function. The more habitual eating of chocolate was “significantly associated with better performance on [cognitive tests including] visual-spatial memory and [organization], working memory, scanning and tracking, abstract reasoning, and the mini-mental state examination.

There is a paradox that while sugar impairs memory and learning skills, eating chocolate improves brain function.

So if you’re obliged to reduce your sugar intake and still want to indulge in your favourite treat, your consumption of chocolate will decide how to affect your brain.