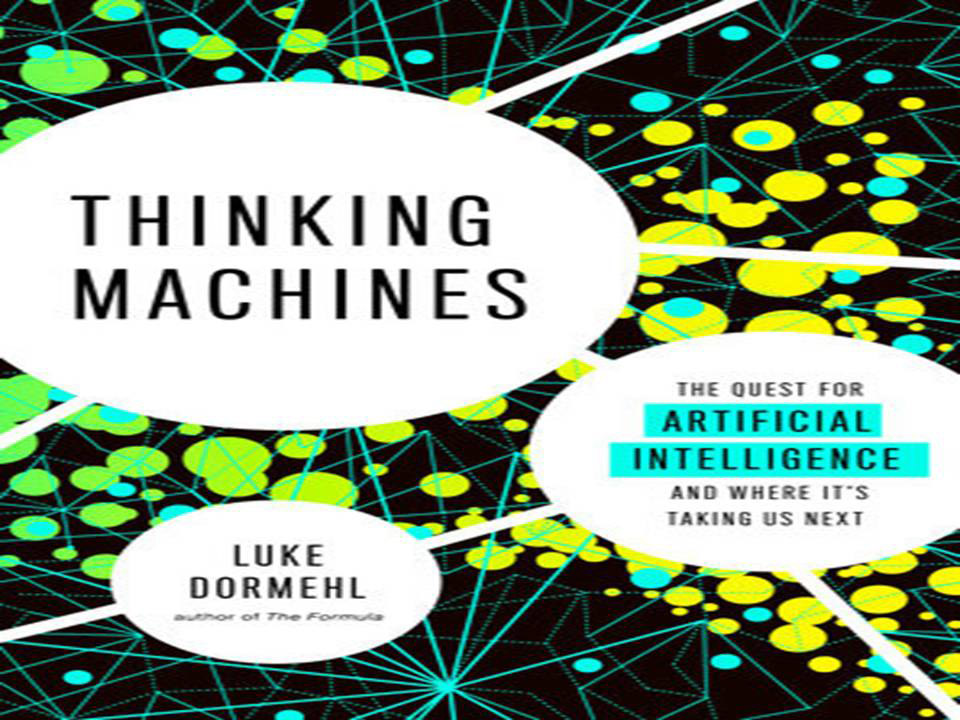 Thinking Machines: The Quest for Artificial Intelligence–and Where It’s Taking Us Next by Luke Dormehl

A fascinating look at Artificial Intelligence, from its humble Cold War beginnings to the dazzling future that is just around the corner.

When most of us think about Artificial Intelligence, our minds go straight to cyborgs, robots, and sci-fi thrillers where machines take over the world. But the truth is that Artificial Intelligence is already among us. It exists in our smartphones, fitness trackers, and refrigerators that tell us when the milk will expire. In some ways, the future people dreamed of at the World’s Fair in the 1960s is already here. We’re teaching our machines how to think like humans, and they’re learning at an incredible rate.

In Thinking Machines, technology journalist Luke Dormehl takes you through the history of AI and how it makes up the foundations of the machines that think for us today. Furthermore, Dormehl speculates on the incredible–and possibly terrifying–future that’s much closer than many would imagine. This remarkable book will invite you to marvel at what now seems commonplace and to dream about a future in which the scope of humanity may need to broaden itself to include intelligent machines. (https://www.amazon.com/)

“Luke Dormehl is the rare lay person…who actually understands the science (and even the math) and is able to parse it in an edifying and exciting way…I recommend this book to anyone with a lay scientific background who wants to understand what I would argue is today’s most important revolution, where it came from, how it works and what is on the horizon.”–Ray Kurzweil, New York Times Book Review

Advances in recent decades have seen artificial intelligence develop apace, and AI now pervades our lives. Yet, as this book explains, true machine intelligence is still a work in progress.

The Future of Humanity Institute researcher Anders Sandberg has said that we talk about ‘artificial intelligence‘ only until it works; thereafter we call it ‘automation’. How smart, for example, is a computer that can win at chess, Jeopardy, or even Go when it can’t extrapolate from its knowledge of those games to tackle something else? Our inner biological supremacists can smugly dismiss those computers as automation.

At the beginning of Luke Dormehl’s Thinking Machines: The Quest for Artificial Intelligence and Where It’s Taking Us Next, ‘computers’ are people whose actuarial jobs require them to perform complex calculations. By the end, the scientists he interviews are discussing a future in which computers may be a lot like people. In between, Dormehl reviews how the field has developed.

A few years ago, the question, “Can machines think?” would have been answered simply, no. Even the chess-playing program that could beat the best human player was only following a systematic evaluation of all possible positions based upon criteria inputted by its developers. It could not improve beyond that level or learn from experience, nor did it understand the intent of each play or even that it was engaged in a game. However, in this thought-provoking, clearly written book, journalist and filmmaker Dormehl (The Apple Revolution) describes how new programming techniques, such as the use of “evolutionary algorithms,” allow a computer to develop its own strategies, improve through practice, come up with original ideas, and even find surprising solutions to unusual problems—that is, to become creative. —Harold D. Shane, Mathematics Emeritus, Baruch Coll. Lib., CUNY

In 1956, the Dartmouth College conference convened by John McCarthy, Marvin Minsky, Claude Shannon, and Nathaniel Rochester thought that significant advances could be made if a selected group of scientists collaborated for a summer. With hindsight, it seems clear they were taking on a much bigger project than they imagined, when they said, in the proposal, that the basis was “the conjecture that every aspect of learning or any other feature of intelligence can in principle be so precisely described that a machine can be made to simulate it”.

Maybe it can be that precisely described — but as it turns out, we still don’t fully understand the brain function we’re trying to design computer systems to match.

Dormehl continues through early expert systems, early neural networks, the ‘AI winter‘, the recent renaissance of neural networks, and on to transhumanism, brain uploading, and the Singularity. Dormehl reviews current debates: employment, ethics, and transparency. It’s only in the latter discussion, at the end of the book, that the two most familiar examples of fictional AI — the 1968 Stanley Kubrick film 2001: A Space Odyssey and Isaac Asimov’s Three Laws of Robotics — make their appearance.

If you’ve been following the development of artificial intelligence all along, Dormehl’s book won’t have much that’s new for you. If you haven’t, however, it provides a pretty good introduction to the beginnings of the field, how it has developed, some possible futures it may bring, and a few timely warnings.

Obviously, many advances have been made in the last 25 years. We can now issue instructions to voice assistants in the reasonable expectation that they will respond appropriately a fair percentage of the time. Computers can win against the very best human players of some genuinely difficult games. And deep neural networks can study millions of photographs and figure out which ones are cats even without pre-programming.

And yet…the outline of Dormehl’s book isn’t so different from Ed Regis’s vastly more entertaining 1990 book Great Mambo Chicken and the Transhuman Condition. The biggest difference is that in 1990 you could read Regis’s book as wild satire. No chance of that with Dormehl. As he says, a lot of this stuff is real now. 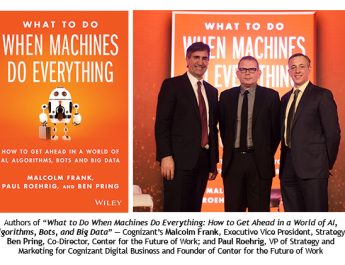 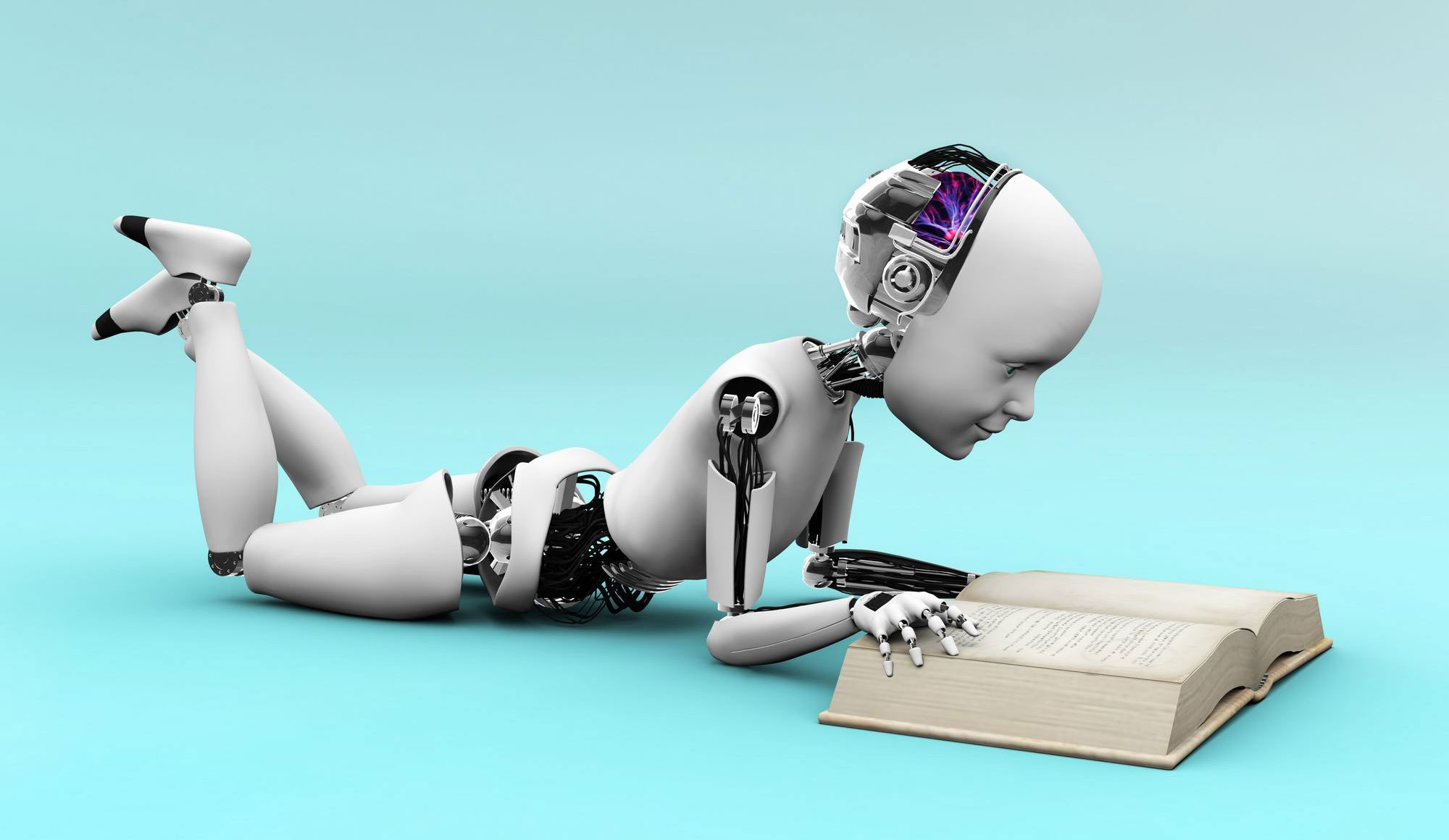 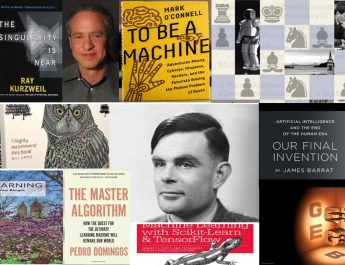