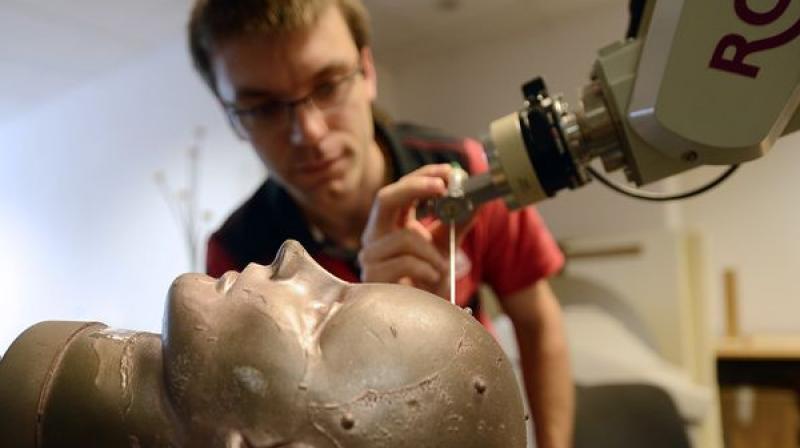 In today’s world, we are heavily dependent on artificial intelligence in our day-to-day living.

Featuring, “Watson correctly diagnoses women after doctors were stumped”, Curofy ran a poll within its community to find out if doctors in medicine could be replaced by artificial intelligence majorly if not completely.

Although, not a very thin line, the difference in opinions was not more than 15 percent whereby out of 5725 poll participants 43 percent doctors opined that AI will indeed replace human doctors and 57 percent doctors disagreed with that notion.

“From the most basic street and traffic signals to robots performing surgeries – artificial intelligence has penetrated almost every aspect of our daily lives. But, AI technology is not designed to replace doctors but to amplify their proficiency, intuition and the knowledge, ” said Pawan Gupta, co-founder of Curofy.

“Artifical Intelligence/Automation has made things extremely easy compared to prior times,” he added

For example, using artificial intelligence while performing a Root Canal Treatment guides the doctor with regard to how far the instrument is from reaching the top of the root, i.e. it helps with determining the position of where exactly the instrument is within the tooth.

This was not possible previously where an X-ray determined a vague approximation to the instrument positioning while performing the procedure, thus leaving a great deal of estimation on the doctor.

This has also reduced exposure to radiation due to overcoming the need of multiple X-rays during the procedure, along with saving the time and energy of the doctors” said Dr. Amit Bhatt.

“Agreed that artificial intelligence has made everyone’s lives, including doctors’, quite easy; I believe there will always be finer aspects in medicine where only a human doctors’ intelligence, expertise and knowledge of previous cases will be called into to diagnose and treat certain conditions. There will always be the need of a human doctor to validate the diagnoses and treatment plans proposed by artificial intelligence” said Dr. Rohan Khandelwal from W Pratiksha Hospital.