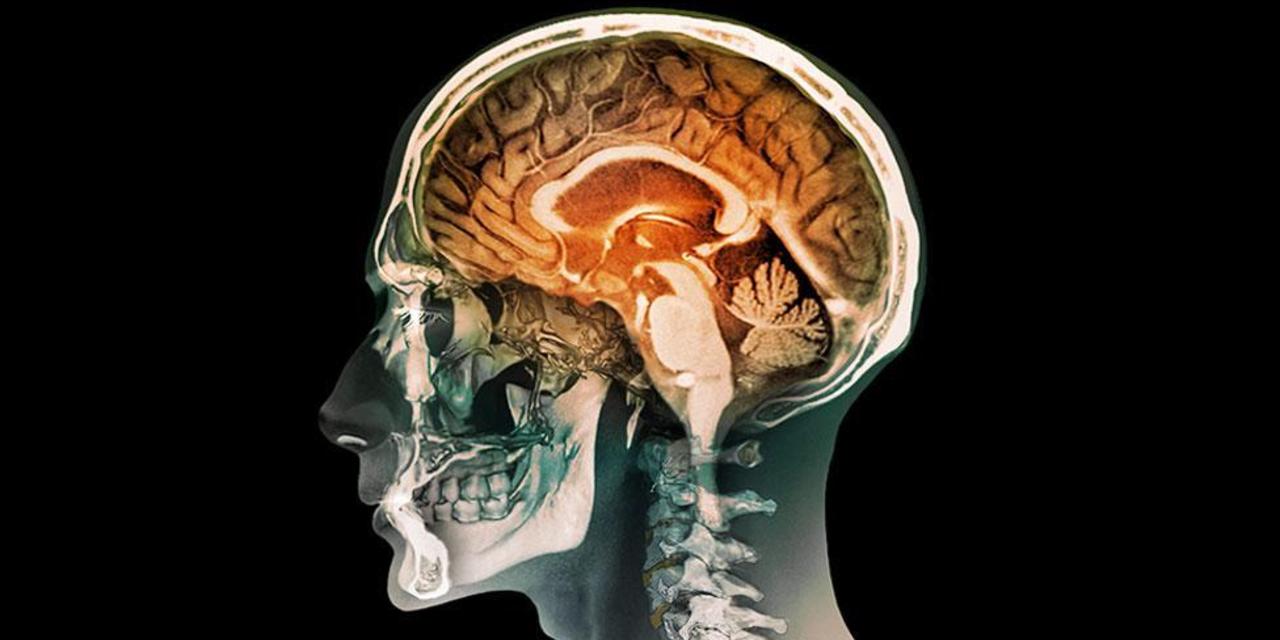 Dr. Daniel Amen delivered an impassioned talk on TED Scene in 2013, revealing the single most important lesson learned after studying 83,000 brain scans over the past 22 years.

In this impassioned talk, Dr. Amen confidently states why he continues to put all criticism aside and value SPECT imaging for its ability to enhance diagnostic accuracy and thereby improve the treatment outcomes for his patients.

In this talk, I’m going to give you the single most important lesson my colleagues and I have learned from looking at 83,000 brain scans.

But first, let me put the lesson into context. I am in the middle of seven children. Growing up, my father called me a maverick which to him was not a good thing.

In 1972, the army called my number, and I was trained as an infantry medic where my love of medicine was born. But since I truly hated the idea of being shot at or sleeping in the mud, I got myself retrained as an X-ray technician and developed a passion for medical imaging. As our professors used to say: “How do you know unless you look?”

In 1979, when I was a second-year medical student, someone in my family became seriously suicidal, and I took her to see a wonderful psychiatrist.

Over time, I realized that if he helped her, which he did, it would not only save her life, but it would also help her children and even her future grandchildren, as they would be shaped by someone who is happier and more stable. I fell in love with psychiatry because I realized it had the potential to change generations of people.

In 1991, I went to my first lecture on brain SPECT imaging. SPECT is a nuclear medicine study that looks at blood flow and activity, it looks at how your brain works. SPECT was presented as a tool to help psychiatrists get more information to help their patients.

In that one lecture, my two professional loves, medical imaging, and psychiatry came together, and quite honestly, revolutionized my life.

Over the next 22 years, my colleagues and I would build the world’s largest database of brain scans related to behavior on patients from 93 countries.

SPECT basically tells us three things about the brain: good activity, too little, or too much.

Here’s a set of healthy SPECT scans. The image on the left shows the outside surface of the brain, and a healthy scan shows full, even, symmetrical activity. The color is not important, it’s the shape that matters.

In the image on the right, red equals the areas of high activity, and in a healthy brain, they’re typically in the back part of the brain.

Here’s a healthy scan compared to someone who had two strokes. You can see the holes of the activity.

Here’s what Alzheimer’s looks like, where the back half of the brain is deteriorating.

Did you know that Alzheimer’s disease actually starts in the brain 30 to 50 years before you have any symptoms?

Here’s a scan of a traumatic brain injury. Your brain is soft, and your skull is really hard.

Or drug abuse. The real reason not to use drugs – they damage your brain.

An obsessive-compulsive disorder where the front part of the brain typically works too hard, so that people cannot turn off their thoughts.

Epilepsy where we frequently see areas of increased activity.

In 1992, I went to an all-day conference on brain SPECT imaging, it was amazing and mirrored our own early experience using SPECT in psychiatry. But at that same meeting, researchers started to complain loudly that clinical psychiatrists like me should not be doing scans, that they were only for their research.

Being the maverick and having clinical experience, I thought that was a really dumb idea.

Without imaging, psychiatrists then and even now make a diagnosis as they did in 1840 when Abraham Lincoln was depressed, by talking to people and looking for symptom clusters. Imaging was showing us there was a better way.

Before imaging, I always felt like I was throwing darts in the dark at my patients and had hurt some of them which horrified me. There is a reason that most psychiatric medications have black box warnings. Give them to the wrong person, and you can precipitate a disaster.

Early on, our imaging work taught us many important lessons, such as illnesses, like ADHD, anxiety, depression, and addictions, are not simple or single disorders in the brain, they all have multiple types. For example, here are two patients who have been diagnosed with major depression, that had virtually the same symptoms, yet radically different brains. One had really low activity in the brain, the other one had a really high activity.

How would you ever know what to do for them, unless you actually looked? Treatment needs to be tailored to individual brains, not clusters of symptoms.

Our imaging work also taught us that mild traumatic brain injury was a major cause of psychiatric illness that ruin people’s lives, and virtually no one knew about it because they would see psychiatrists for things like temper problems, anxiety, depression, and insomnia, and they would never look, so they would never know.

Here’s a scan of a 15-year-old boy who fell down a flight of stairs at the age of three. Even though he was unconscious for only a few minutes, there was nothing mild about the enduring effect that injury had on this boy’s life. When I met him at the age of 15, he had just been kicked out of his third residential treatment program for violence. He needed a brain rehabilitation program, not just more medication was thrown at him in the dark, or behavioral therapy which, if you think about it, is really cruel. To put him on a behavioral therapy program when behavior is really an expression of the problem, it’s not the problem.

Researchers have found that undiagnosed brain injuries are a major cause of homelessness, drug and alcohol abuse, depression, panic attacks, ADHD, and suicide. We are in for a pending disaster with the hundreds and thousands of soldiers coming back from Iraq and Afghanistan, and virtually no one is looking at the function of their brain.

As we continued our work with SPECT, the criticism grew louder, but so did the lessons. Judges and defense attorneys sought our help to understand criminal behavior. To date, we have scanned over 500 convicted felons including 90 murderers. Our work taught us that people who do bad things often have troubled brains. That was not a surprise.

But what did surprise us was that many of these brains could be rehabilitated.

So here’s a radical idea. What if we evaluated and treated troubled brains rather than simply warehousing them in toxic, stressful environments? In my experience, we could save tremendous amounts of money by making these people more functional, so when they left prison, they could work, support their families and pay taxes.

Dostoyevsky once said: “A society should be judged not by how well it treats its outstanding citizens, but by how it treats its criminals.” Instead of just crime and punishment, we should be thinking about crime evaluation and treatment.

So after 22 years and 83,000 scans, the single most important lesson my colleagues and I have learned is that you can literally change people’s brains. And when you do, you change their life. You are not stuck with the brain you have, you can make it better, and we can prove it.

My colleagues and I performed the first and largest study on active and retired NFL players, showing high levels of damage in these players at the time when the NFL said they didn’t know if playing football caused long-term brain damage. The fact was they didn’t want to know.

That was not a surprise. I think, if you get the most thoughtful 9-year-olds together, and you talk about the brain is soft, about the consistency of soft butter, it’s housed in a really hard skull that has many sharp, bony ridges, you know, 28 out of 30 nine-year-olds would go: “Probably a bad idea for your life.”

But what really got us excited was the second part of the study where we put players on a brain-smart program and demonstrated that 80% of them could improve in the areas of blood flow, memory, and mood, that you are not stuck with the brain you have, you can make it better on a brain-smart program. How exciting is that? I am so excited. Reversing brain damage is a very exciting new frontier, but the implications are really much wider.

Here is this scan of a teenage girl who has ADHD, who was cutting herself, failing in school, and fighting with her parents. When we improved her brain, she went from D’s and F’s to A’s and B’s and was much more emotionally stable.

Here is the scan of Nancy. Nancy had been diagnosed with dementia, and her doctor told her husband that he should find a home for her because, within a year, she would not know his name. But on an intensive, brain-rehabilitation program, Nancy’s brain was better, as was her memory, and four years later, Nancy still knows her husband’s name.

Or my favorite story to illustrate this point is Andrew, a 9-year-old boy who attacked a little girl on the baseball field for no particular reason, and at the time, was drawing pictures of himself hanging from a tree and shooting other children. Andrew was Columbine, Aurora, and Sandy Hook waiting to happen. Most psychiatrists would have medicated Andrew, as they did Eric Harris and the other mass shooters before they committed their awful crimes.

But SPECT imaging taught me that I had to look at his brain and not throw darts in the dark at him to understand what he needed. His SPECT scan showed a cyst, the size of a golf ball, occupying the space of his left temple lobe. No amount of medication or therapy would have helped Andrew. When the cyst was removed, his behavior completely went back to normal, and he became the sweet, loving boy he always wanted to be.

Now 18 years later, Andrew, who is my nephew, owns his own home, is employed and pays taxes.

Because someone bothered to look at his brain, he has been a better son and will be a better husband, father, and grandfather. When you have the privilege of changing someone’s brain, you not only change his or her life but you have the opportunity to change generations to come.

One thought on “The most important lesson from 83.000 brain scans: Daniel Amen”