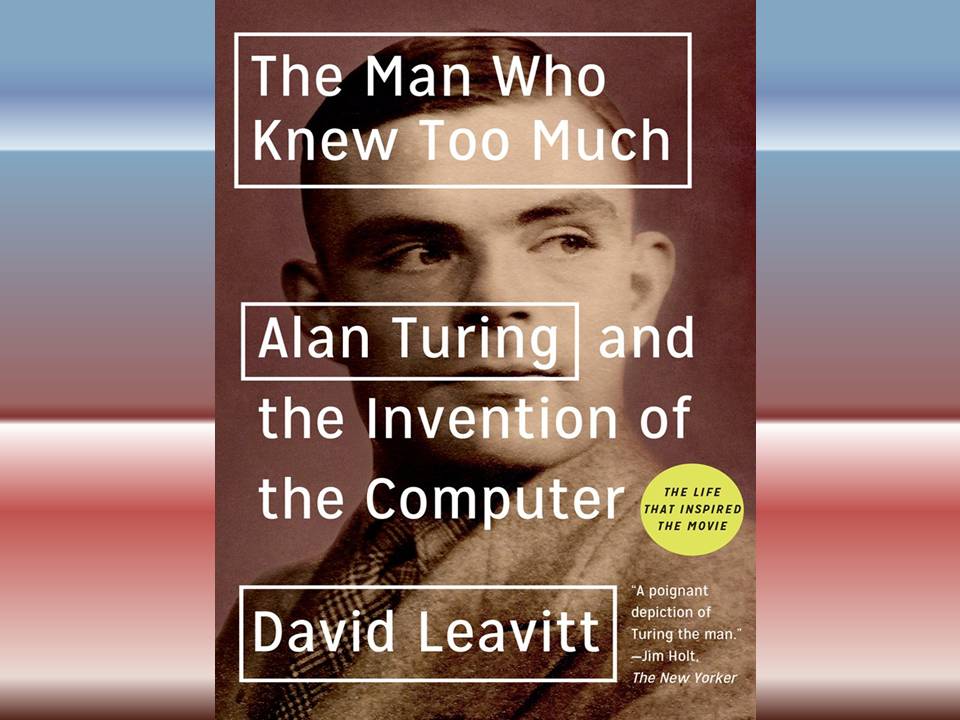 Artificial Intelligence Books
March 28, 2018July 2, 2019
0 Comment David Leavitt, The Man Who Knew Too Much: Alan Turing and the Invention of the Computer

The Man Who Knew Too Much: Alan Turing and the Invention of the Computer: David Leavitt

A “skillful and literate” (New York Times Book Review) biography of the persecuted genius who helped create the modern computer.

To solve one of the great mathematical problems of his day, Alan Turing proposed an imaginary computer. Then, attempting to break a Nazi code during World War II, he successfully designed and built one, thus ensuring the Allied victory. Turing became a champion of artificial intelligence, but his work was cut short. As an openly gay man at a time when homosexuality was illegal in England, he was convicted and forced to undergo a humiliating “treatment” that may have led to his suicide.

With a novelist’s sensitivity, David Leavitt portrays Turing in all his humanity―his eccentricities, his brilliance, his fatal candor―and elegantly explains his work and its implications.

The Man Who Knew Too Much shows Alan Turing as socially inept and sexually frustrated. The father of the modern computer was only truly at home with rotors, valves and circuit boards, says Peter Conrad…

“Every time I open the electronic book in which I’m writing this review, I feel grateful to Alan Turing and also sorry for him. On the screen, an apple with a chunk bitten out of it glimmers into view: the logo proudly recalls Turing’s achievement and miserably commemorates his end.”

“It is a painful and slightly deranged story, a case history to illustrate Freud’s notion that modern man is a ‘prosthetic god’, immortalised by his technological appliances. It is guaranteed to make you feel tenderly towards the martyred Turing, and it may even entice you to give your computer a kiss when you put it to sleep or wake it up in the morning. The machine, after all, has become, to use the trio of phrases Leavitt applies to his lover, Mark, in the book’s dedication, ‘friend, comrade, partner’.” https://www.theguardian.com

“What made Turing’s story compelling enough for Broadway happened after his groundbreaking work at Cambridge. Hooked on the idea of mechanical problem-solvers, he helped design the machinery that deciphered the Germans’ battle-front communications, an important factor in the Allied victory. After the war he helped develop the first modern digital computers and made his mark as a leading advocate of the notion that the brain is a computer and machines can think. A solitary, introspective man, he was quietly working at the University of Manchester when he was arrested for being a homosexual and forced to undergo a hormonal “cure.” Two years later he was found dead with that apple, an apparent suicide committed by a man who had had a thing for Snow White.”

“Bringing the talents of a celebrated gay novelist like Leavitt to Turing’s sad tale would strike any editor as a promising combination — a way to introduce this important thinker to a wider world. I was never able to get all the way through Hodges’s formidable account, but “The Man Who Knew Too Much” can be read in a few afternoons. While the book is a skillful, literate compression, as I made my way toward the end I never felt that Leavitt succeeded in inhabiting the story, making the fantastic world of Turing as captivating as that of the fictional Jonah Boyd.” George Johnson SUNDAY BOOK REVIEW|Enigmatic http://www.nytimes.com/

David Leavitt graduated from Yale University in 1983 with a BA in English. He is the author of the short story collections Family Dancing (finalist for the PEN/Faulkner Prize and the National Book Critics’ Circle Award), A Place I’ve Never Been, Arkansas, and The Marble Quilt, as well as the novels The Lost Language of Cranes, Equal Affections, While England Sleeps (Finalist for the Los Angeles Times Fiction Prize), The Page Turner, Martin Bauman, or A Sure Thing, and The Body of Jonah Boyd. In 2002, he published Florence, A Delicate Case as part of Bloomsbury’s series “The Writer and the City.” The Man Who Knew Too Much: Alan Turing and the Origins of the Computer appeared in 2005 and was followed by two more novels: The Indian Clerk (finalist for the PEN/Faulkner prize and shortlisted for the IMPAC/Dublin award) in 2007 and The Two Hotel Francforts in 2013. Professor Leavitt is also the editor of Subtropics, the literary magazine edited in the Department of English.

With Mark Mitchell, Professor Leavitt is co-author of Italian Pleasures and In Maremma: Life and a House in Southern Tuscany, and co-editor of the anthologies The Penguin Book of Gay Short Stories and Pages Passed from Hand to Hand. His work has appeared in many newspapers and magazines, including The New Yorker, The New York Times, The Washington Post, Harper’s, Esquire, Vogue, The Paris Review, DoubleTake, The Southwest Review, Tin House, Food & Wine and Travel and Leisure. He has also taught at Princeton University.

A recipient of fellowships from the National Endowment for the Arts, the Guggenheim Foundation and the Institute of Catalan Letters in Barcelona Spain, Professor Leavitt was recently named a Literary Lion by the New York Public Library.