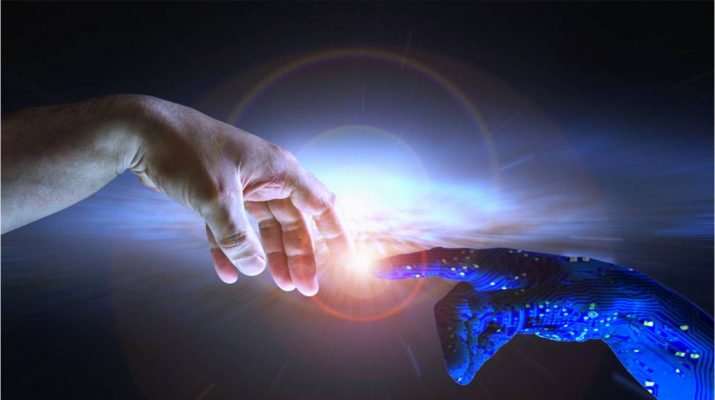 By 2045, we’ll have expanded the intelligence of our human-machine civilization a billion-fold. That will result in a technological singularity, a point beyond which it’s hard to imagine.

“Well, by 2020 we’ll have computers that are powerful enough to simulate the human brain, but we won’t be finished yet with reverse-engineering the human brain and understanding its methods.”

One of my main themes and I’ve developed this thesis over 30 years, is that information technology grows exponentially; the power of computers is understanding the human brain, specializes in a solution of brain scanning, the number of bits we move on the internet. Many different measures of information technology double every year, or every 11 months, 13 months; depending on what you’re measuring.

And we’ve already seen that kind of progress. When I was an undergraduate we all shared a computer at MIT that took up half of a building. The computer and your cellphone today are a million times cheaper and thousand times more powerful. That’s a billion-fold increase in the price performance of computing since I was an undergraduate.

By 2029, and I’ve been quite consistent on this date, we will have completed the reverse engineering of the human brain. And we’ve already made very good progress on that. We’ve reversed engineered a number at different regions, like the cerebellum, which is responsible for our skill formation and slices of the cerebral cortex where we do our cursive thinking and the auditory cortex, the visual cortex and so on.

By 2029, we’ll have reverse engineered and modeled and simulated all the regions of the brain. And that will provide us the software/algorithmic methods to simulate you know, all of the human brain capabilities including our emotional intelligence. And computers at that time will be far more powerful than the human brain. And we’ll be able to create machines that really do have subtlety and suppleness of human intelligence. And they’ll combine that power with ways in which machines are already superior to us.

They can impart us all of human knowledge with the few keystrokes, it can remember billions of things accurately. They can share knowledge at electronic speeds that are a million times faster than the human language. So, it will be a very powerful combination.

Half of the farmers in China have these devices and could do the same thing; is pointing a real cultural revolution in China and around the world. And these tools are continued to grow exponentially in power.

The singularity is not just that point where we achieve the human model and intelligence on a machine. That will start a new revolution where these machines will continue to grow exponentially in power. They’ll be able to actually improve their own software design.

By 2045, we’ll have expanded the intelligence of our human-machine civilization a billion-fold. That will be singularity and we borrow this metaphor from physics to talk about an event horizon. It’s hard to see beyond.

Well, it’s not the case that I’m only looking at the optimistic side. I am an optimist. And I do think we’ve been helped more than we’ve been hurt by technology already. Human life expecting was 37 in 1800. And human life was a very hard disaster from the labor field, disease field and so on.

But I’ve actually written extensively about the dangers of all this. Bill Joyce’s article on the cover of Wired Magazine, why the future does need, which talked about the grave dangers of Genetics Nanotechnology and Robotics, came from my book.

He says at the beginning of the article, he got these ideas from my book, The Age of Spiritual Machines. And chapter 8 of the Singularity is Near is called the deeply intertwine promise versus parallel of GNR, Genetics Nanotechnology, and Robotics.

I’m working extensively with the army to develop a rapid response system to deal with the possible abuse of biotechnology. The same technologies set are empowering us to reprogram biology away from cancer and heart disease could also be used by a terrorist to reprogram a biological virus to be more deadly or more communicable.

And the good news is we actually have the scientific tools to defend ourselves just like we defend ourselves from software viruses with a rapid response system. Then we need to put a system like that in place.

But it’s not accurate to say that I’m only painting a rosy future and that I have a utopian vision. My vision is not utopian. The power of these technologies will grow exponentially, I believe that is inexorable that has gone on for the last 110 years since 1890 senses.

What we do with these technologies is not preordained, that future history has not been written. I am very concerned about the downsides. I’ve written extensively about them and in fact, I’m working on defending against those.

So, I am optimistic that we will get more promise than parallel but they both exist. Technology has been a double edge sword ever since fire and stone tools.

What scares you the most about Singularity?

I’ve been very active in talking about the downside of technology, and there are dangers. A danger we face right now is the ability of a bio-terrorist to use our biological sciences to reprogram a biological virus to be deadly or communicable.

And we have the ideas to combat that, but they’re not yet in place and. So I think that’s an existential risk we need to deal with very quickly.

There’ll be new dangers from these new technologies. I’m optimistic but not sanguine, and I’m not necessarily convinced that we won’t encounter painful episodes. I think, overall, we’ll be helping more than we’re hurt. But you only have to look to the 20th century: we had 180 million people die in the world of the 20th century. That scale of destruction was made possible by technology. We’ve also helped ourselves enormously because human life expectancy was 48 in 1900. We need to address these dangers and downsides. That’s what worries me.” 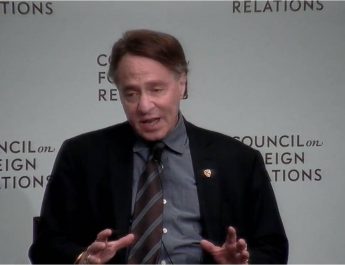 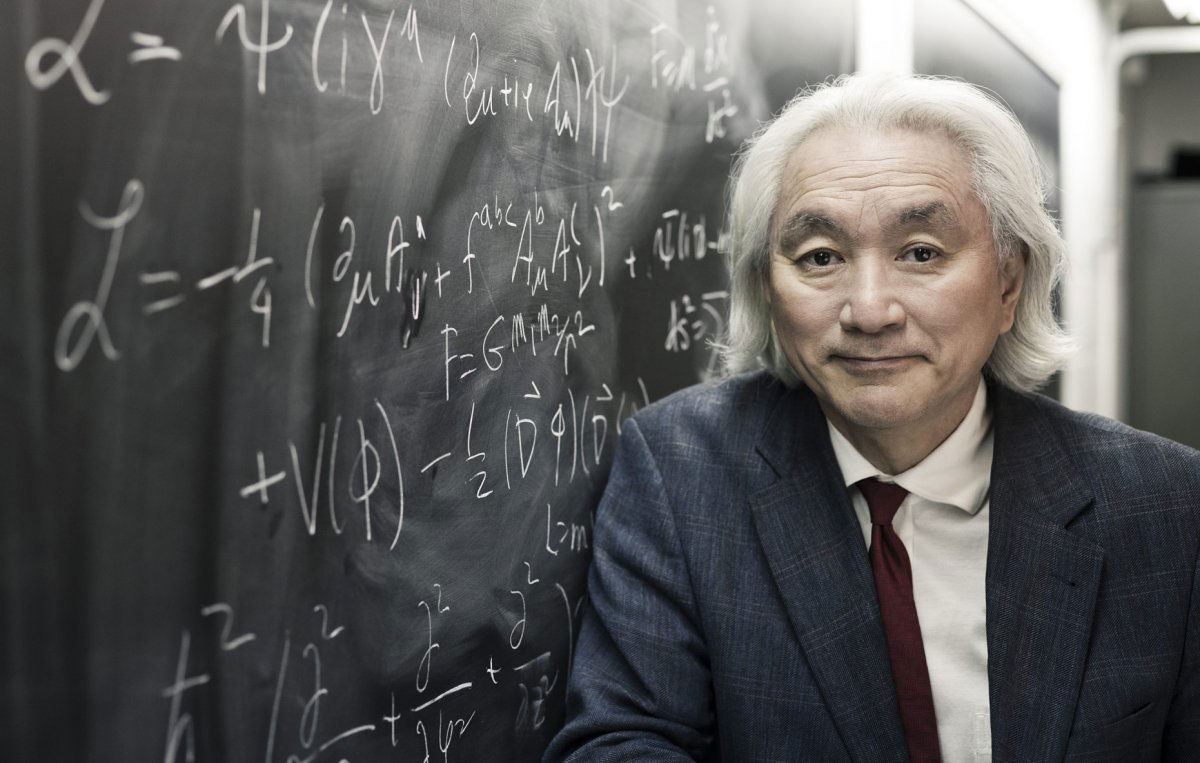 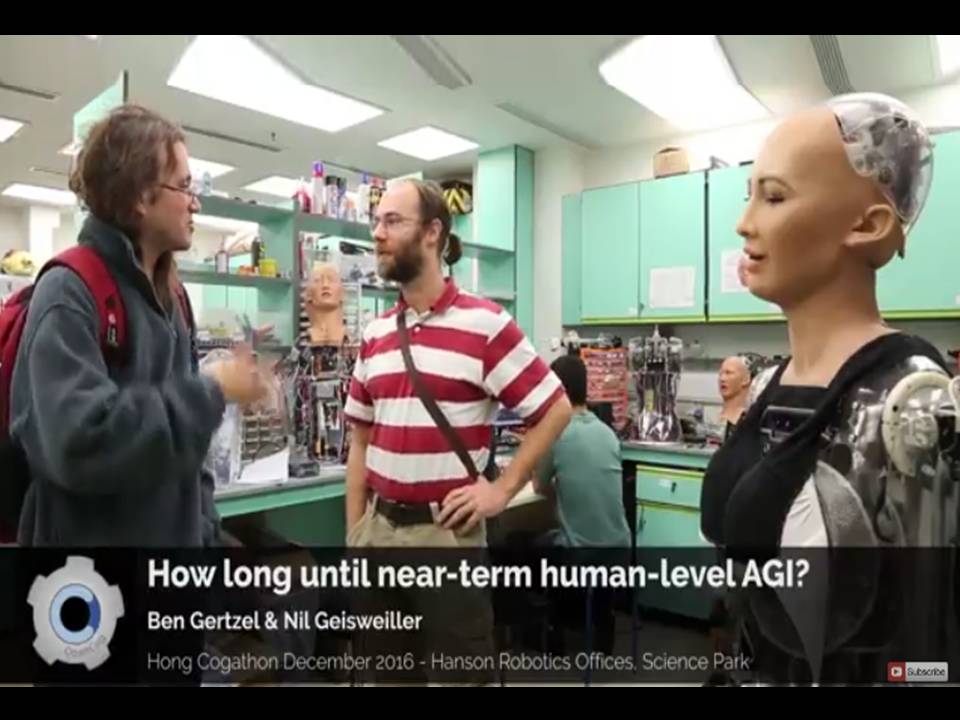