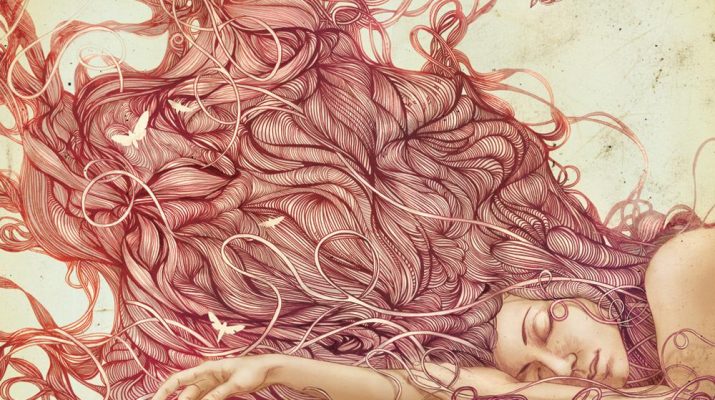 In the 3rd millennium BCE, Mesopotamian kings recorded and interpreted their dreams on wax tablets. A thousand years later, Ancient Egyptians wrote a dream book listing over a hundred common dreams and their meanings.

And in the years since, we haven’t paused in our quest to understand why we dream. So, after a great deal of scientific research, technological advancement, and persistence, we still don’t have any definitive answers, but we have some interesting theories. Here are seven reasons we might dream.

1. WE DREAM TO FULFILL OUR WISHES
In the early 1900’s, Sigmund Freud proposed that while all of our dreams, including our nightmares, are a collection of images from our daily conscious lives. They also have symbolic meanings which relate to the fulfillment of our subconscious wishes. Freud theorized that everything we remember when we wake up from a dream is a symbolic representation of our unconscious, primitive thoughts, urges and desires. Freud believed that by analyzing those remembered elements, the unconscious content would be revealed to our conscious mind, and psychological issues stemming from its repression could be addressed and resolved.

2. WE DREAM TO REMEMBER
To increase performance on certain mental tasks, sleep is good, but dreaming while sleeping is better. In 2010, researchers found that subjects were much better at getting through a complex 3D maze if they had napped and dreamed of the maze prior to their second attempt. In fact, they were up to ten times better at it than those who only thought of the maze while awake between attempts, and those who napped but did not dream about the maze. Researchers theorize that certain memory processes can happen only when we are asleep, and our dreams are a signal that these processes are taking place.

3. WE DREAM TO FORGET
There are about ten thousand trillion neural connections within the architecture of your brain. They are created by everything you think, and everything you do. A 1983 neurobiological theory of dreaming, called “reverse learning,” holds that while sleeping, and mainly during REM sleep cycles, your neocortex reviews these neural connections and dumps the unnecessary ones. Without this unlearning process, which results in your dreams, your brain could be overrun by useless connections, and parasitic thoughts could disrupt the necessary thinking you need to do while you’re awake.

4. WE DREAM TO KEEP OUR BRAINS WORKING
The “Continual Activation Theory” proposes that your dreams result from your brain’s need to constantly consolidate and create long term memories in order to function properly. So when external input falls below a certain level, like when you’re asleep, your brain automatically triggers the generation of data from its memory storages, which appear to you in the form of the thoughts and feelings you experience in your dreams. In other words, your dreams might be a random screensaver your brain turns on so it doesn’t completely shut down.

5. WE DREAM TO REHEARSE:
Dreams involving dangerous and threatening situations are very common, and the Primitive Instinct Rehearsal Theory holds that the content of a dream is significant to its purpose. Whether it’s an anxiety filled night of being chased through the woods by a bear, or fighting off a ninja in a dark alley, these dreams allow you to practice your fight or flight instincts and keep them sharp and dependable, in case you’ll need them in real life. But it doesn’t always have to be unpleasant; for instance, dreams about your attractive neighbor could actually give your reproductive instinct some practice too.

6. WE DREAM TO HEAL
Stress neurotransmitters in the brain are much less active during the REM stage of sleep, even during dreams of traumatic experiences, leading some researchers to theorize that one purpose of dreaming is to take the edge off painful experiences to allow for psychological healing. Reviewing traumatic events in your dreams with less mental stress may grant you a clearer perspective and an enhanced ability to process them in psychologically healthy ways. People with certain mood disorders and PTSD often have difficulty sleeping, leading some scientists to believe that lack of dreaming may be a contributing factor to their illnesses.

7. WE DREAM TO SOLVE PROBLEMS
Unconstrained by reality and the rules of conventional logic, in your dreams your mind can create limitless scenarios to help you grasp problems and formulate solutions that you may not consider while awake. John Steinbeck called it “the Committee of Sleep” and research has demonstrated the effectiveness of dreaming on problem solving. It’s also how renowned chemist August Kekule discovered the structure of the benzene molecule, and it’s the reason that sometimes the best solution for a problem is to “sleep on it”.

And those are just a few of the more prominent theories. As technology increases our capability for understanding the brain, it’s possible that one day we will discover the definitive reason for them; but until that time arrives, we’ll just have to keep on dreaming.