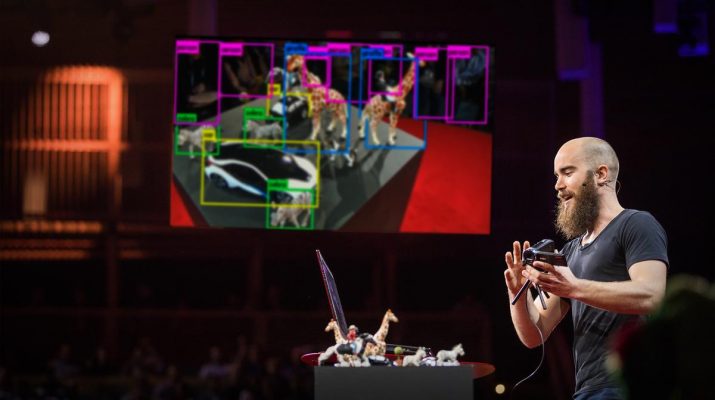 Ten years ago, researchers thought that getting a computer to tell the difference between a cat and a dog would be almost impossible. Today, computer vision systems do it with greater than 99 percent accuracy. How?

Joseph Redmon works on the YOLO (You Only Look Once) system, an open-source method of object detection that can identify objects in images and video — from zebras to stop signs — with lightning-quick speed. In a remarkable live demo, Redmon shows off this important step forward for applications like self-driving cars, robotics and even cancer detection.

“Ten years ago, computer vision researchers thought that getting a computer to tell the difference between a cat and a dog would be almost impossible, even with the significant advance in the state of artificial intelligence. Now we can do it at a level greater than 99 percent accuracy. This is called image classification — give it an image, put a label to that image — and computers know thousands of other categories as well.

I’m a graduate student at the University of Washington, and I work on a project called Darknet, which is a neural network framework for training and testing computer vision models. So let’s just see what Darknet thinks of this image that we have. When we run our classifier on this image, we see we don’t just get a prediction of dog or cat, we actually get specific breed predictions. That’s the level of granularity we have now. And it’s correct. My dog is in fact a malamute.

So we’ve made amazing strides in image classification, but what happens when we run our classifieron an image that looks like this? Well … We see that the classifier comes back with a pretty similar prediction. And it’s correct, there is a malamute in the image, but just given this label, we don’t actually know that much about what’s going on in the image. We need something more powerful. I work on a problem called object detection, where we look at an image and try to find all of the objects, put bounding boxes around them and say what those objects are. So here’s what happens when we run a detector on this image.

Now, with this kind of result, we can do a lot more with our computer vision algorithms. We see that it knows that there’s a cat and a dog. It knows their relative locations, their size. It may even know some extra information. There’s a book sitting in the background. And if you want to build a system on top of computer vision, say a self-driving vehicle or a robotic system, this is the kind of information that you want. You want something so that you can interact with the physical world. Now, when I started working on object detection, it took 20 seconds to process a single image. And to get a feel for why speed is so important in this domain, here’s an example of an object detector that takes two seconds to process an image. So this is 10 times faster than the 20-seconds-per-image detector, and you can see that by the time it makes predictions, the entire state of the world has changed, and this wouldn’t be very useful for an application.

If we speed this up by another factor of 10, this is a detector running at five frames per second. This is a lot better, but for example, if there’s any significant movement, I wouldn’t want a system like this driving my car.

This is our detection system running in real time on my laptop. So it smoothly tracks me as I move around the frame, and it’s robust to a wide variety of changes in size, pose, forward, backward. This is great. This is what we really need if we’re going to build systems on top of computer vision.

So in just a few years, we’ve gone from 20 seconds per image to 20 milliseconds per image, a thousand times faster. How did we get there? Well, in the past, object detection systems would take an image like this and split it into a bunch of regions and then run a classifier on each of these regions, and high scores for that classifier would be considered detections in the image. But this involved running a classifier thousands of times over an image, thousands of neural network evaluations to produce detection. Instead, we trained a single network to do all of detection for us. It produces all of the bounding boxes and class probabilities simultaneously. With our system, instead of looking at an image thousands of times to produce detection, you only look once, and that’s why we call it the YOLO method of object detection. So with this speed, we’re not just limited to images;we can process video in real time. And now, instead of just seeing that cat and dog, we can see them move around and interact with each other.

This is a detector that we trained on 80 different classes in Microsoft’s COCO dataset. It has all sorts of things like spoon and fork, bowl, common objects like that. It has a variety of more exotic things:animals, cars, zebras, giraffes. And now we’re going to do something fun. We’re just going to go out into the audience and see what kind of things we can detect. Does anyone want a stuffed animal?There are some teddy bears out there. And we can turn down our threshold for detection a little bit,so we can find more of you guys out in the audience. Let’s see if we can get these stop signs. We find some backpacks. Let’s just zoom in a little bit. And this is great. And all of the processing is happening in real time on the laptop.

And it’s important to remember that this is a general purpose object detection system, so we can train this for any image domain. The same code that we use to find stop signs or pedestrians,bicycles in a self-driving vehicle, can be used to find cancer cells in a tissue biopsy. And there are researchers around the globe already using this technology for advances in things like medicine, robotics. This morning, I read a paper where they were taking a census of animals in Nairobi National Park with YOLO as part of this detection system. And that’s because Darknet is open source and in the public domain, free for anyone to use.

But we wanted to make detection even more accessible and usable, so through a combination of model optimization, network binarization and approximation, we actually have object detection running on a phone.

And I’m really excited because now we have a pretty powerful solution to this low-level computer vision problem, and anyone can take it and build something with it. So now the rest is up to all of youand people around the world with access to this software, and I can’t wait to see what people will build with this technology.” 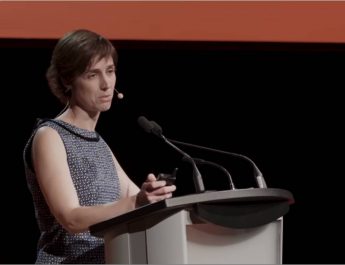 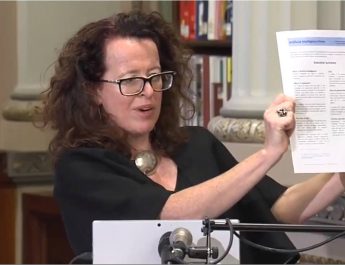