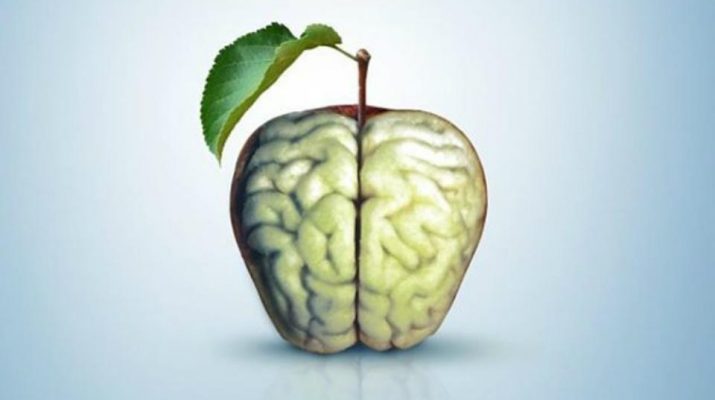 Studies are constantly proving that what you eat can be as powerful and more potent than a prescribed drug. Such is definitely the case where apples are concerned – recently it has been proven that the presence of fresh apples in your diet can improve your memory and sustain brain health.

In 2006, Dr. Thomas Shea, director of the Center for Cellular Neurobiology & Neurodegeneration Research at the University of Massachusetts, claimed that apple juice can have the same effect as a popular Alzheimer’s drug on the production of chemicals in the brain that prompt memory.

Not only that, but other studies at the same university have proven that regular consumption of apples can protect neurons from the natural damage that comes with aging, and it also can improve nerve cell communication in the brain that miraculously prevents and even reverses some signs of Alzheimer’s disease. “The findings of the present study show that consumption of antioxidant-rich foods such as apples and apple juice can help reduce problems associated with memory loss,” Dr. Shea says.

Apples are becoming increasingly associated with brain health after more recent studies have proven the multiple activity and effect of antioxidants and flavonoids present in apples on reducing brain-cell inflammation and oxidation that occurs naturally due to the presence of free radicals. Levels of acetylcholine – a specific neurotransmitter that greatly influences brain signals responsible for movement and sensory perception – heighten with the regular consumption of as much as two apples a day. Not only that, but regular consumption as such was discovered to diminish accumulations of toxins in the brain, particularly one type of toxin called beta-amyloid, which is thought to be one of the main culprits that cause Alzheimer’s disease.

In a study conducted with 21 people afflicted with moderate-to-severe Alzheimer`s disease (which required each of the patients to consume 236 ml of apple juice every day for a month) it was discovered that these patients had reduced anxiety, agitation, and symptoms of delusion. Not only that, but records showed that both behavioral and psychotic symptoms of the patients fell by as much as 27% by the time their month was over.

Indeed, while apples are now being proven to aid, halt, and reverse Alzheimer’s disease, enhance cognitive functions, prevent memory loss and help in other brain-related matters, there are still a multitude of studies being vigorously conducted to prove that apples are the perfect food for diabetics, patients with heart disease, cholesterol, obesity, and constipation.

While the old proverb said one apple a day was enough, studies suggest increasing that dosage to two apples is a good idea for optimum health benefits.

Would you like to learn the Best Sellers in AI & Machine Learning on Amazon as of now (31 December 2019)? Machine learning is