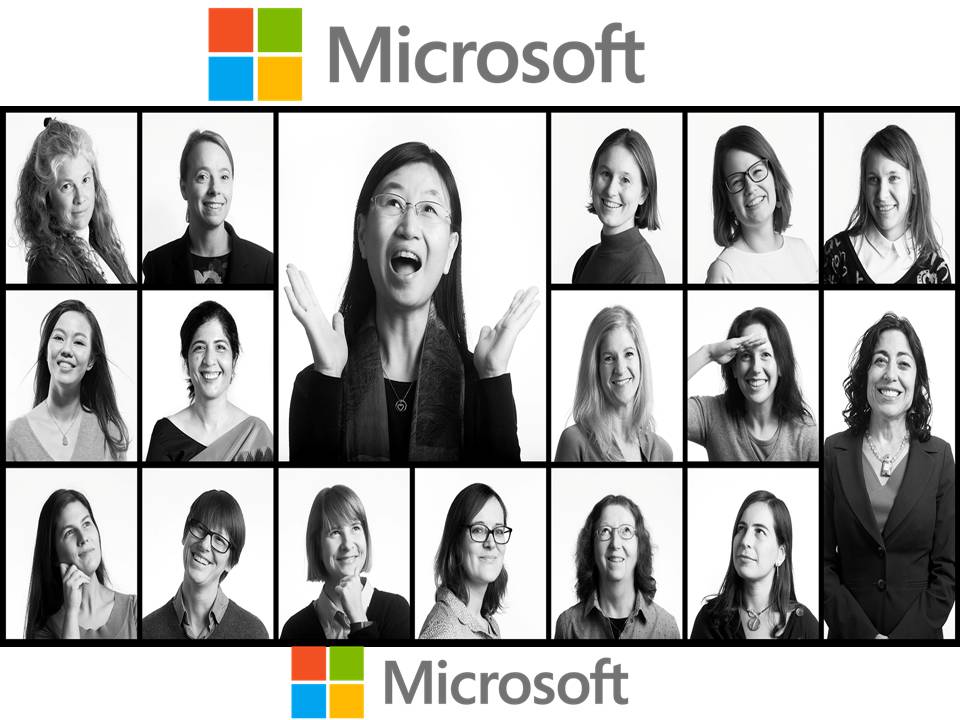 We’ll use voice commands, images and video to search the internet

The potential for multi-sensory experiences will improve

After the mishap of the Tay chatbot which produced racist and sexist slurs, the future of AI calls for more ethical regulation

When currently make up less than 20% of computer science graduates, the future should see more opportunities for women in technology

1- “Language models will be deeply entrenched in cognitive models that enable artificial intelligence (AI) systems to reason and communicate with humans relatively effortlessly, moving between and adapting to different social situations, negotiating, debating and persuading, just as humans do all the time. Computational sociolinguistic and pragmatic models will play a big role in creating socio-culturally aware AI. “(Kalika Bali, researcher, India research lab)

2- “Our lives are being enhanced tremendously by artificial intelligence and machine learning algorithms.  However, current algorithms often reproduce the discrimination and unfairness in our data and, moreover, are subject to manipulation by the input of misleading data. One of the great algorithmic advances of the next decade will be the development of algorithms which are fair, accountable and much more robust to manipulation.” (Jennifer Chayes, distinguished scientist, managing director, New England and New York City research labs)

3- “The search box will disappear. It will be replaced by search functionality that is more ubiquitous, embedded and contextually sensitive. We are seeing the beginnings of this transformation with spoken queries, especially in mobile and smart home settings.  This trend will accelerate with the ability to issue queries consisting of sound, images or video, and with the use of context to proactively retrieve information related to the current location, content, entities or activities without explicit queries.” (Susan Dumais, distinguished scientist and deputy managing director Redmond, Washington, research lab)

4- “If we can imagine the realization of programming biology, in 10 years’ time we will be developing entirely new industries and applications in areas ranging from agriculture and medicine to energy, materials and computing. While the last 50 years were utterly transformed by the ability to program on silicon, we will be entering the next programming revolution: The era of living software.” (Sara-Jane Dunn, scientist, Cambridge, U.K., research lab)

5- “By 2027 we will have ubiquitous virtual reality systems that will provide such rich multisensorial experiences that will be capable of producing hallucinations which blend or alter perceived reality. Using this technology, humans will retrain, recalibrate and improve their perceptual systems. In contrast to current virtual reality systems that only stimulate visual and auditory senses, in the future the experience will expand to other sensory modalities including tactile with haptic devices.” (Mar Gonzalez Franco, researcher, Redmond, MSR NEx

6- “By 2027, nearly 30 percent of adults in the United States will do some form of gig work, delivering AI-driven goods and services like tax advice or healthcare support. Consumers may or may not know when they are reliant on a human worker-in-the-loop. The social sciences will play a key role in developing technologies and public policy for a new social safety net of portable benefits to meet the needs of a 21st century AI-powered labor force.” (Mary L. Gray, senior researcher, New England research lab)

7- “Artificial Intelligence is progressing very rapidly. It has great potential to empower people and help us tackle key global challenges. To me, the most important topic of discussion is how to ensure that by 2027 these advances and great potential translate into AI technology that results in the greatest possible benefit to society.” (Katja Hofmann, researcher, Cambridge, U.K., research lab)

8- “By 2027, automation will give rise to a new economy in which most people’s societal contribution comes from the data they generate as they go about their lives rather than the work they do. Economists will be talking about ways to fairly compensate people for these contributions. This will most probably involve heavier redistribution of wealth through mechanisms such as taxes or social programs.” (Nicole Immorlica, senior researcher, New England research lab)

9- “Deep advances in mathematics will continue to be the foundation for next-generation cryptosystems.  By 2027 we will have a quantum computer that can break at least low-strength traditional cryptographic systems.  For long-term data protection, a first wave of post-quantum cryptosystems is already under development based on recently proposed hard problems in mathematics.  With advances in mathematical techniques and algorithms, in 10 years we will see a second wave of post-quantum cryptographic solutions with new proposals and attacks on existing proposals.” (Kristin Lauter, principal researcher, Redmond research lab)

10- “By 2027, the majority of software engineers will be facile in programming systems that reason about estimates and produce models with statistical methods.  This sea change will deliver applications that seamlessly integrate sensors, machine learning and approximation to interact with human beings in entirely new, meaningful and correct ways.” (Kathryn S. McKinley, principal researcher, Redmond research lab)

11- “All children, including those with disabilities, will have appropriate tools to learn to code. Add 20 years and those children with disabilities will bring their unique experience of the world to change the landscape of technology.” (Cecily Morrison, researcher, Cambridge, U.K., research lab)

12- “Advances in hardware and cryptography will lift data privacy guarantees to a new level: Only an encrypted form of our personal data will be used in medical and administrative analyses, machine learning algorithms and our daily online activities.” (Olya Ohrimenko, researcher, Cambridge, U.K., research lab)

13- “The key advance in mobile computing by 2027 will be a significantly expanded relationship with the digital world, encompassing almost any “thing” that exists in our surroundings. We’ll engage with intelligent and personal systems that truly understand us, that we can trust and that know us well enough to anticipate and serve our needs.” (Oriana Riva, researcher, Redmond, MSR NExT)

14- “Farmers will leverage artificial intelligence streaming capabilities to maintain healthy yields regardless of climate change, drought and disaster. The future of food depends on our ability to preserve and improve the use of our planet’s key resources and reduce over-farmed soil by shifting from traditional farming practices to alternative low energy ones such as vertical farming and aquaponics. Environmental and ecological focus will be on saving our forests with help from advanced sensors and technology while leveraging more urban spaces to shoulder our agricultural needs.” (Asta Roseway, principal research designer, Redmond research lab)

15- “From now to 2027, we will witness a number of new technologies that depart from regular silicon scaling come to fruition. Carbon nanotubes and other molecular-scale manufacturing techniques, new architectures such as those that perform computation closer to the data (near data processing), and new computing and storage paradigms such as quantum computers and DNA storage drives may become commercial realities by then. Low power artificial intelligence and near eye displays will see significant improvements as well, resulting in more intelligent devices and higher quality augmented and virtual reality experiences.” (Karin Strauss, senior researcher, Redmond research lab)

16- “By 2027 the ability for computers to “see” will be ubiquitous as we will have highly developed imaging devices, powerful computing resources and combined deep and wide learning techniques. Advances in these techniques will lead to ubiquitous vision “eyes” that can “see” and empower humans in daily life and all kinds of professions, from manufacturing and health care to finance and security.” (Xiaoyan Sun, lead researcher, Asia research lab)

17- “In 2027, advances in data analytics and visualization will enable cross-data source and cross-domain analytics at different semantic levels. Individuals will be able to use natural interaction mechanisms, such as natural language, to obtain broad and in-depth information on various aspects of their lives in an easy and seamless way.” (Dongmei Zhang, principal research manager, Asia research lab)